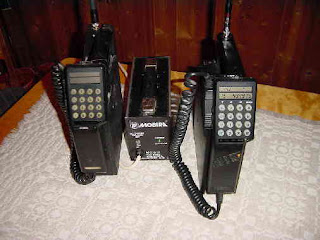 Several fellow hams in the Asker and Bærum district have converted Mobira (Nokia) MD50 or MD59 Talkman NMT-450 phones from 1985-1988 to the 70 cm band. LA7TM, Nicolai, has played a central role in the conversion, based on the work of Finnish hams who pioneered the conversion and made their experiences and their software available. We then made some changes to the software. These changes are now included in the official Finnish version.

Read more »
Posted by Sverre Holm at 12:00 No comments: Links to this post