The 10 biggest lies in audio

In the fall of 2000 The Audio Critic had an article listing the 10 biggest lies in audio.

The article is well worth reading even today although the scene has changed a little since it was written. It for sure makes you think.

Email ThisBlogThis!Share to TwitterShare to FacebookShare to Pinterest
Labels: audio 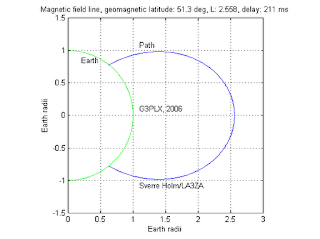 Here is a fascinating report of such echoes from G3ZRJ. His report is different from those of many others in two unique and very interesting ways.

The mystery of Long delayed echoes is still without a scientific solution. With that I mean an explanation in terms of an effect which is testable, i.e. where one can predict the value of the delay and under what conditions it occurs.

It is likely that there isn't just one explanation, but several. I found it helpful some years ago to list all 15 possible hypotheses and then narrow them down to The Five Most Likely Explanations for Long Delayed Echoes. This list is now being referenced on the RSGB site for Long-delayed echoes (LDE) as well as in the Wikipedia article on the subject.

In this blog post there are examples of multisecond echoes on 21 and 27 MHz.