Thierry, F4EOB from Paris is still hearing strange echoes on the VOA Chinese service broadcasts. There isn't really any good explanation for this phenomenon.

Now during winter he is hearing it both on 13650 kHz from 9 to 12 UTC and on 21590 kHz from 9 to 11 UTC. The 21590 kHz transmission has been heard by him for a long time and I mentioned it here last year also. As then the echo is about 2 seconds. Thierry also made a youtube video of it with a recording.

The transmitter locations are in Asia. The 19 m band site is on the Mariana Island (Tinian) and the 13 m band transmitter is in Tinang in the Philipines.

In my blog last year I discussed possible explanations such as multiple transmitters or multiple round-the-world travel. But since the delay is so consistent and has had the same delay for such a long time, the probability that it is man-made is rather large.

Thierry tells me that this LDE can easily be heard with the WebSDR at the University of Twente in the Netherlands also. I would be curious to hear from people outside Europe who could compare the Dutch WebSDR with their own local reception and see if the same echoes are heard everywhere.

Posted by Sverre Holm at 23:09 2 comments: Links to this post 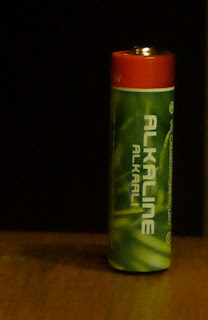 Transceivers with a power supply of 1 and 2 Volts, how much can one achieve with that? Well, actually quite a lot according to DL2AVH, Helmut, who together with DL4ALJ, Gero, wrote two articles about that in the German QRP-Report in 2011. I am impressed by the output power, up to 200 mW with one battery cell (1.5 Volts) and 0.5 Watts with two cells.

I wrote about this in April last year where I also mentioned that the 1 Volt design from 2000 later had been corrected. Those corrections can be found in the article in QRP-Report 3/2011: "Niederspannungs-Schaltungstechnik - der 1-V- und der 2-V-transceiver" (Low voltage circuit technology - the 1 Volt and the 2 Volt transceivers). The improvements are concerned with better input filtering at 14 MHz with a quartz crystal in the front-end filter and better efficiency in the mixer and removal of an audio stage in the direct conversion receiver. This design only uses bipolar transistors and no ICs.

Read more »
Posted by Sverre Holm at 00:27 No comments: Links to this post 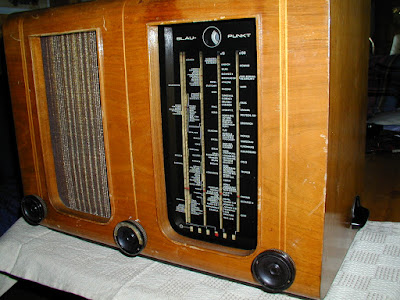 As I was clearing out my childhood home I came across an old radio that my father had tucked away in the basement. It was a German Blaupunkt radio, and what a historic dial it had!

It turned out that my father had himself found it as he was clearing out his childhood home many years before and that it had belonged to my grandfather who died in 1959.

It covers longwave, medium wave and three shortwave bands from 5.5 to 21 MHz. I had never before seen a radio with a dial given in meters rather than kHz or MHz, but I have later understood that that was not uncommon for pre world war II radios.

Since the back was missing, I had no information about age or type. The tubes which were all in the 11-series suggested the end of the thirties, but here it turned out that the dial had valuable information.

Which non-English Morse characters are the most important ones? 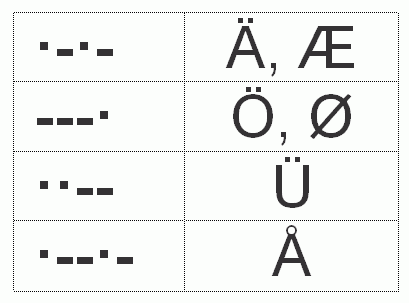